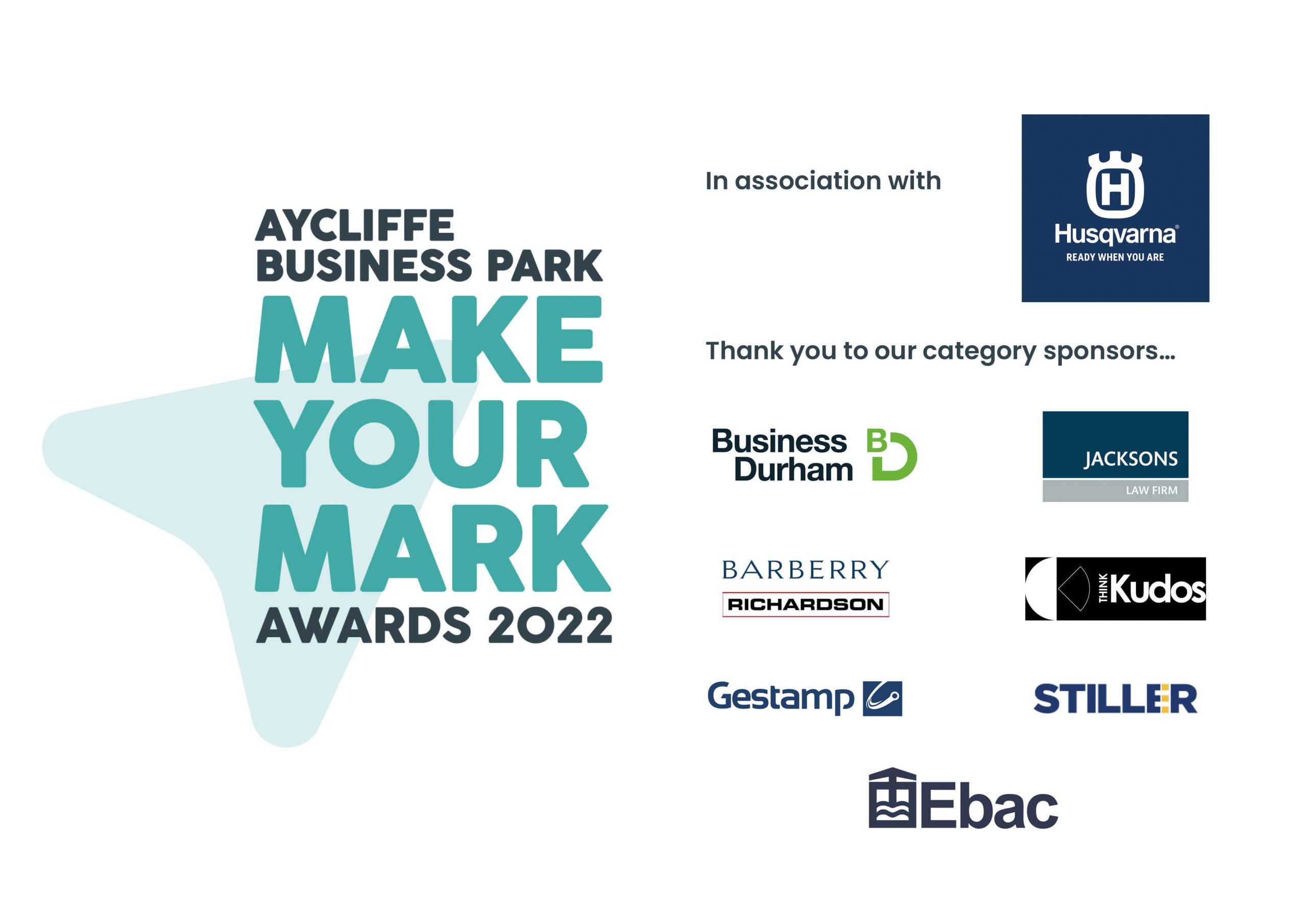 The shortlists have been revealed for the returning Make Your Mark awards after more than 50 entries were received for the eagerly awaited event.

The 2022 Make Your Mark awards, in association with Husqvarna, are being organised by Aycliffe Business Park Community (ABPC), with the glamorous awards ceremony to be held at the stunning Redworth Hall Hotel on Friday, May 20.

Axe-throwing venture Valhalla North will go up against 3M and BTS Facades & Fabrications for the big award – Aycliffe Company of the Year – when the winners are revealed on May 20.

Logico, C&A Embroidery & Print and Bespoke Electrical will battle it out for the Small Business of the Year award, while II-VI, Cobots Online and BTS Facades make up the shortlist in the Engineering & Manufacturing category.

Excelpoint, Cobots Online and Valhalla are the final three in the Innovation category, while OHTS, Upex Electrical Distributors and Digital Edge are vying for the Service Business of the Year award.

Valhalla and BTS Facades will go up against Roman for the newly-created Environment award, while Rare Rockets, The Fish Tank and Valhalla make up the shortlist in the Newcomer of the Year category.

Meanwhile, Connor Bland from Stiller Warehousing & Distribution and Ellie Shooter from Digital Edge are both hoping to take the Apprentice of the Year award away.

Apprentice of the Year

Newcomer of the Year

Service Business of the Year

Small Business of the Year

Company of the Year

ABPC business development manager Martin Walker said: “We’re delighted with the response to the return of Make Your Mark after three years, both with the entries received and the support from sponsors.

“Our sponsors had the difficult task of choosing these shortlists and winners for the eight categories this year, and we think it makes up a strong line-up of some of Aycliffe Business Park’s finest firms, from large global employers to growing micro businesses.

“It promises to be a fantastic celebration on May 20 and we’re all looking forward to it.”