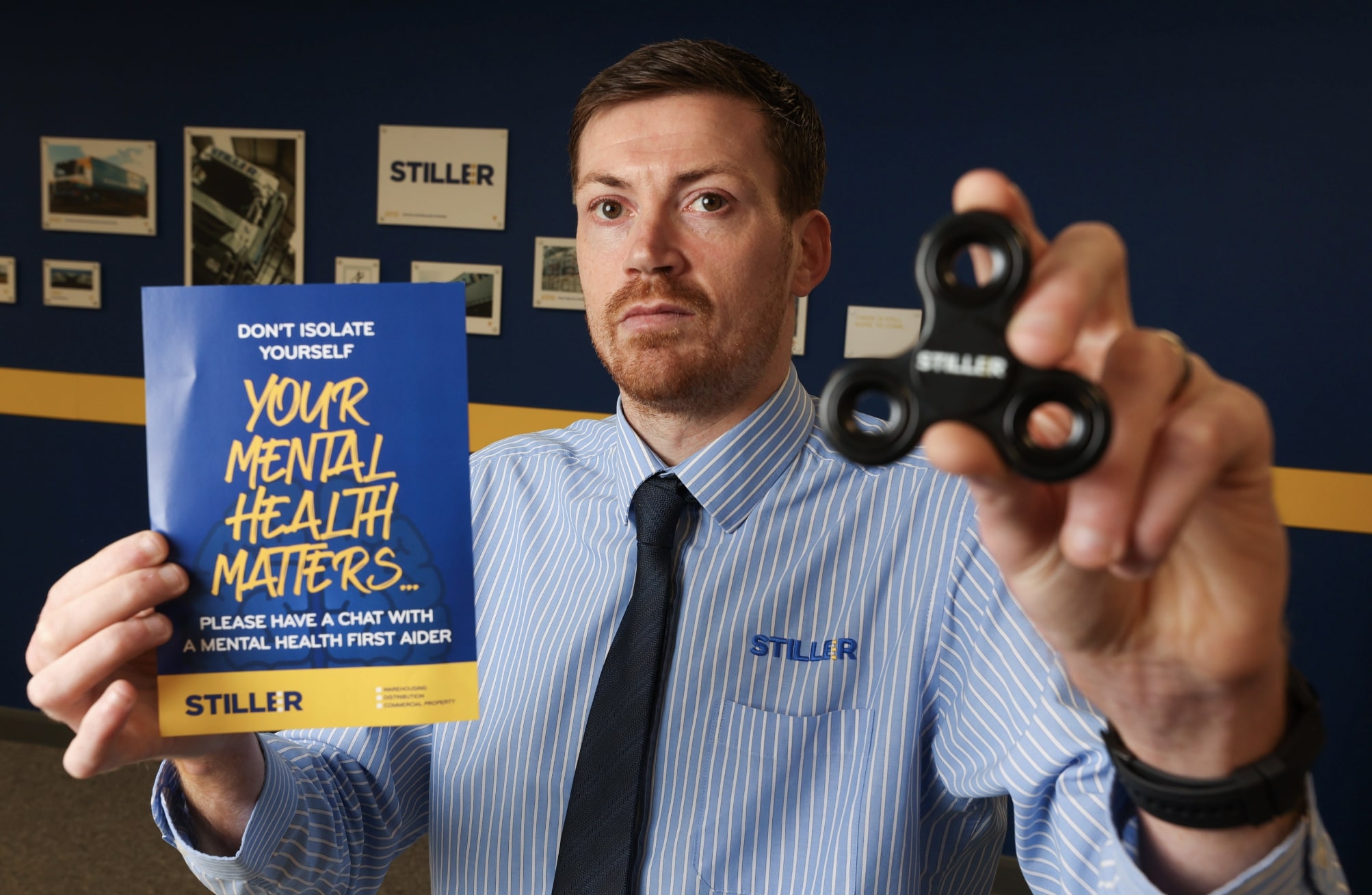 A new internal campaign by logistics firm Stiller is delivering a powerful message: “Don’t isolate yourself – your mental health matters”.

After a year and a half like no other, rarely can mental wellbeing have been more at the forefront of people’s minds, both at home and in the workplace.

And to ensure its employees know they’ll get any support they may need, Newton Aycliffe firm Stiller Warehousing and Distribution is ensuring everyone gets a “pack” containing informative leaflets – and a quirky gift.

As part of the campaign, launched in the run-up to World Mental Health Day in October, each of Stiller’s 170-plus employees at its Aycliffe site has been given an anti-stress fidget spinner.

But as Stiller’s health and safety manager Darren Holliday explained, it’s much more than just a fun gimmick.

“The reaction’s been really positive,” he said.

“People have been told to isolate themselves a lot this year, so we’ve gone with the slogan ‘don’t isolate yourself – your mental health matters’.

“If I just gave everyone a leaflet, lots would probably end up in the bin. But by giving everyone a fidget spinner, they can use them or take them home, where their families would see them, ask what they’re for and it gets people thinking about mental health.

“But as well as the spinners, there are various leaflets with really important health tips and information.

“It was important to get the tone right. It’s a serious topic but we didn’t want it to be too serious. We didn’t want people thinking ‘what are they trying to insinuate here’, but they need to know where to get support if they need it.

“It could have sunk without trace but people like it. A few people have approached me and said ‘I appreciate what you’re doing’ – that’s the whole idea behind this.”

Stiller’s health and safety manager since May, but a Stiller employee for three years, Darren, 35, has recently completed his NEBOSH (National Examination Board in Occupational Safety and Health) General Certificate, meaning he’s up to speed with the latest thinking about mental health in the workplace.

The business is also rolling out Mental Health first aid training for department heads in order for them to support the initiative and their staff.

Darren said: “As a business, there’s no legal requirement to have a mental health first aider, but we feel it’s important.

“We just want to make sure everyone’s OK. That’s the big message we want to get over – we want everyone to be OK and realise we’re there for them.”

And he feels the new campaign also sends out a positive message to potential future employees about Stiller’s enlightened approach.

He said: “I want people to know that if they were ever wanting to come and join Stiller, their welfare is just as important as anything else.

“Some people, won’t want to come and speak to you, and that is understandable, but at least they know there’s a support network for them and that’s the message we’re trying to get across.”

PIC BY CHRIS BOOTH: Stiller Warehousing and Distribution health and safety manager Darren Holliday has created a wellbeing pack for staff which includes an anti-stress “fidget-spinner” for every employee.