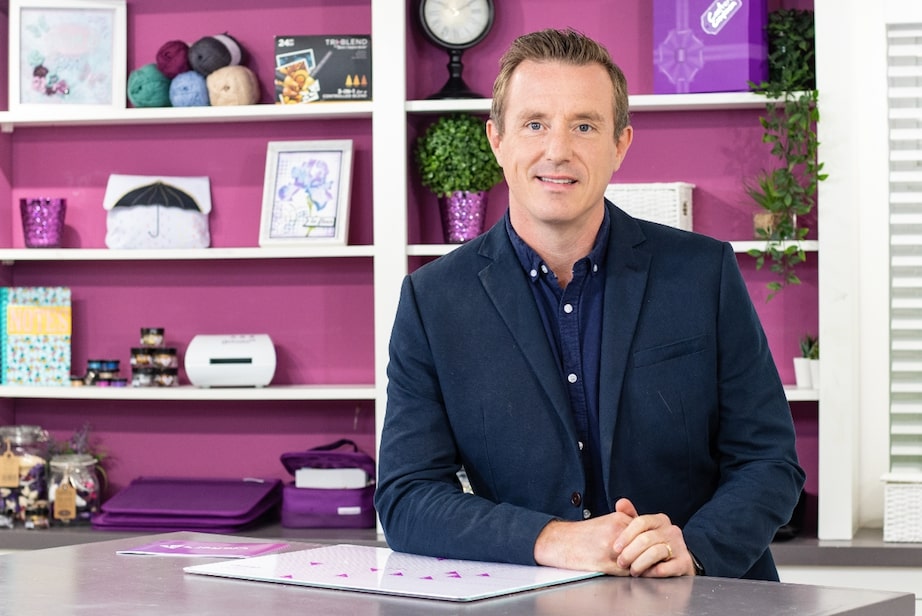 Crafter’s TV, owned by Crafter’s Companion, is welcoming a new lead presenter to its channel.

Ben Moseby will join presenters Joe Remblance and Derek Marks on the crafting platform. His new role will involve working alongside the channel’s craft experts, supporting them through the shows, helping to display the products on offer and interacting with viewers through social media.

Ben brings a wealth of experience to his new position. He began a career in radio presenting in 2003 and has since worked as a DJ at various stations across the country. His interviewees include Take That, Hugh Jackman and Darcy Bussell, among many others. Most recently, Ben worked at Create and Craft, as one of the TV shopping channel’s lead presenters.

In his spare time, Ben is a keen runner and has participated in the London Marathon for the Make A Wish Foundation. He has also broken a World Record, has performed in eight professional pantomimes and runs a local cricket team.

Ben, who currently lives in Aylesbury with his wife, Laura, and two children, said: “I am delighted to join Crafter’s Companion. I had the pleasure of working with Sara and lots of her team at Create and Craft. I always enjoyed the shows, so when Sara asked me if I would like to join the team, I jumped at the chance. Who wouldn’t want to have a Dragon as their boss?

“I’m most looking forward to getting to know the team and our viewers. It’s fantastic how interactive the channel is and I’m excited to learn and be inspired by everything the team will be doing during the shows.”

“When it comes to craft, I love trying new things. Recently, I have been making cards with my daughter Daisy, who also loves having a go at all things crafty!”

Sara Davies, founder and creative director of Crafter’s Companion, said: “Lots of our viewers will be familiar with Ben and those that don’t will love getting to know him. He has such an infectious personality, he is a joy to work with and he has so much to bring to the Crafter’s TV team. I’m thrilled that he has chosen to join us at such an exciting time!”